Mechanics Corner
A Journal of Applied Mechanics and Mathematics by DrD, # 37
29 April 2017

In previous articles, I have mentioned another web site called Physics Forums (PF) where people post problems for which they need help. In this note, I want to present to you one such problem and it solution, along with a new insight that came from another commenter at PF, one of the advisory folk on that site. At first, I thought the adviser was wrong, but it turns out that he was correct and had something new that I had never seen before. Here is the problem. 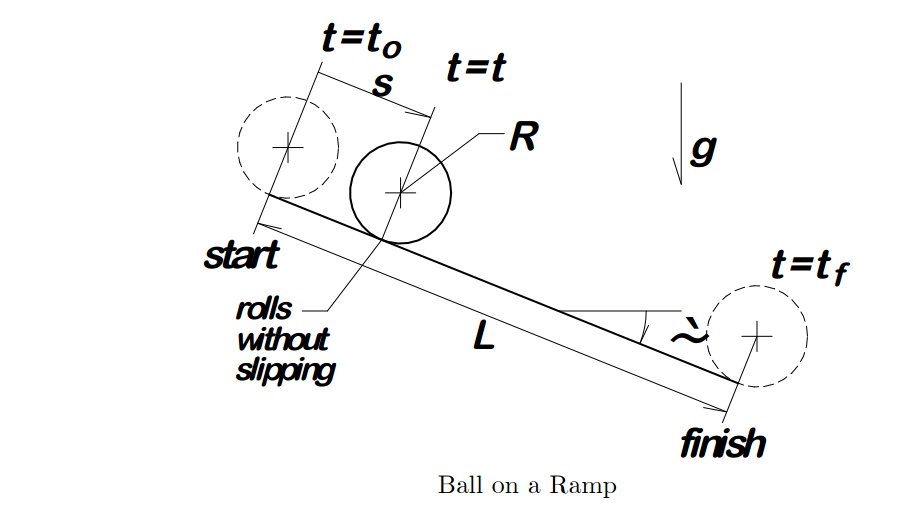 The original problem statement is above. Note what is given, and perhaps more importantly, what is not given. In particular, we are not given

1.The time for the solid sphere to reach the bottom -- this is the item to be determined;
2.The angle of the incline;
3.The length of the incline;
4.The local value of g, the acceleration of gravity.

The last three items are things that we might expect to have given in such a problem, but here they are not. This is the major difficulty in this problem, and the solution must find a way to work around this missing information.