In this post, I want to discuss a seemingly simple problem currently being discussed at Physics Forums (PF). The original question, posed by someone, perhaps a student but perhaps not, is quoted below: 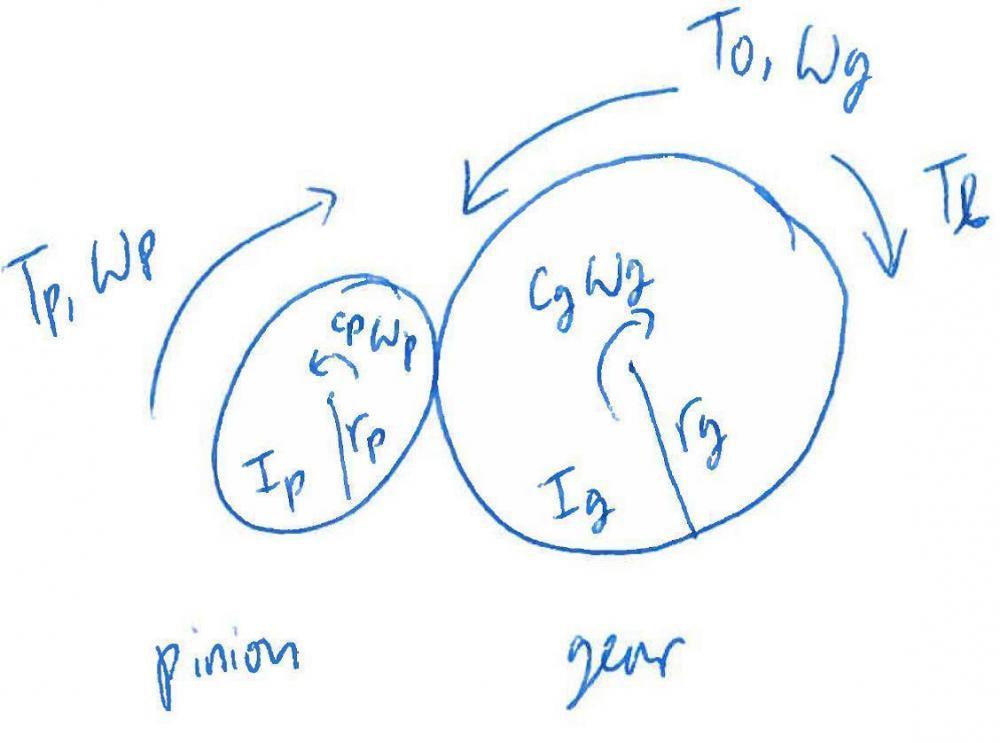 So, we have a pinion and a gear. I give an input torque Tp in the clockwise direction. Therefore, the pinion will rotate with ωp angular velocity in clockwise and the gear ωg in counter-clockwise. There is a load TL against the gear motion. The bearing friction both in pinion and gear are considered by means of linearly-viscous damping coefficients cp and cg for pinion and gear, respectively. The friction between the gear mesh is neglected at this point. The moments of inertia of the pinion and the gear are Ip and Ig, respectively. Moreover, the radii of the pinion and the gear are rp and rg, respectively. My question is what the output torque To is because I want to find the efficiency of this gear pair.
I have tried four options for To and simulated them in MATLAB, but I have not found the correct results yet. Followings are the explanation of each option I tried for To.

The sketch in Figure 1 and the two paragraphs following are exactly as posted by the original questioner. There follows on PF a long sequence of responses and more questions, but he still seems no closer to understanding what is going on. Let us see what we can do to help him.
Before someone thinks badly of me for not helping him, let me say that I did give several hints, but the rules of PF forbid me to actually post an analysis. I have been severely scolded in the past for doing just that.