What are the different Types of allowances in Casting process? 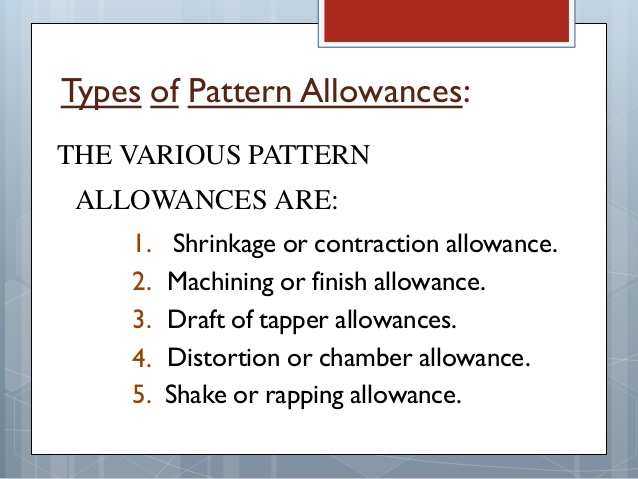