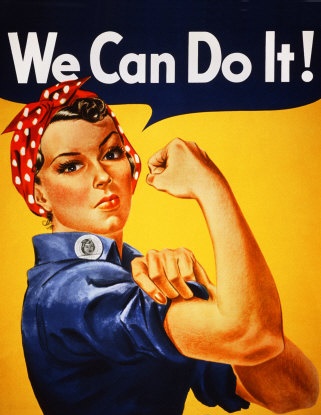 As I just checked my Shoutbox, I came across the most widely asked question by @Corrine Lovato:

“Hello, I am 4th year High school student. And I'm going to take BS Mechanical Engineering. My problem is, I AM A FEMALE. :3 Did you think guys, it suits me? I DO REALLY REALLY LIKE AND LOVE TO BE A MECHANICAL ENGINEERING SOMEDAY.... Any Advice guys? It may help me

As soon as I finished my high school, I strongly wished to pursue “Mechanical Engineering” because I was always curious since my childhood to know how machines work and always in awe with the perfection they delivered the outcome.

I believe, every girl who wishes to pursue this field goes through the following stages:

What Is Mechanical Engineering?

Mechanical Engineering is a discipline in which you ought to learn something from every field of engineering. From the theory of machines to its designing, from electronics to how motors work, from programming to database information retrieval system. If I could sum it all up, I can be a branch which is a Jack of all fields.

Also Mechanical Engineering is a branch where you find the least amount of girls or sometimes none at all!!

Do girls really have to go through the hard labour work while pursuing this course??

During the first two years, you have to complete your workshop duties which include working on lathe machines for manufacturing a component. It always seems tough at first, but it never is. And you always bound to get help from you fellow mates.

But the finishing given to the component is always given the BEST by the girls!!!

How actually is a life as a female mechanical engineer??

Firstly, you will have very very few female friends. Most of the friends you get from other branches like computers or electronics, whom you get to meet either during lunch time or sometimes not at all!

Secondly, you have no option left than to be with your male classmates. Believe me, male friends are more honest, helpful, selfless and dependable. Especially, the males who wish to uplift women than suppress them. It is always better to be focused and carve your own niche.

Because in the end it’s all about you!!!

Is there any scope for girls in mechanical engineering??

As I said, in the end it’s all about you. The world is changing and so is mentality of people.

After completion of Diploma in Mechanical Engineering, even being a “female”, I had a host of opportunities to work in well known companies.

You can go for research work, designing, internships, teaching, shop work and anything that matches your interest. Or better you can pursue your higher studies and specialize in it.

Feel free to comment or ask about any doubts and questions!!

Any suggestions or feedback are also welcome!