When something goes wrong in manufacturing after a long period with no issues we ask “who went on vacation.” Once that is out of the way we go to the drawings to get re-educated. Yep all the callouts are OK. But you continue to stare at the drawings looking for the problem source. The manufacturing engineer is contacted and he checks his shop paper. Machines have all been calibrated, correct cutter/abrasive is called out, and incoming inspection paperwork indicates material received is OK. The manufacturing engineer even sends you the paperwork he just read to you over the phone for you to also stare at. All looks ok on paper but we gaze at the paper wondering what we missed. 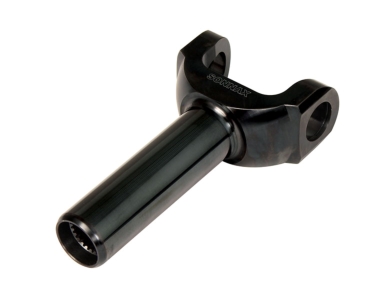 An important thing to remember at the start - the paperwork is the should-be not the reality of what is. In the case that follows the problem was a leaking oil seal.  Customers of new vehicles were reporting leaks for a design that had been in production for years with no issue.

On rotating shafts with seals, the lead on the surface of the shaft (like the threads on a screw but tiny) produced during manufacturing is a critical item to control or prevent. For this case the shaft was plunge ground to avoid lead (tiny spiral grooves). That is what the drawing called for and that is what was being done. Fine grooves produced by grinding are not detectable by the eye so off to the lab the parts were sent. The profilometer did not pick up any lead. Puzzled at first someone recalled a method for detecting lead that sounds like black magic since the machines in the lab detected nothing. Drape a piece of thread over the shaft which is in the horizontal orientation. The thread is weighted on each end and the shaft rotated. If there is lead the string will move along the length of the shaft. Sure enough the string moved and the lead had a twist orientation that would pump oil out and cause a leak. But how can this be - the paperwork does not allow it and the machines is set up to prevent the creation of lead.

The operation was semi automated as I recall. The part was loaded by hand and the plunge grind was preprogrammed.

Anyone willing to venture a guess as to the cause?  Check out this posting next week for the rest of the story.