Requirements come in three major categories. Those we know need special attention, those we expect to happen as a matter of course, and those we did not know existed. If we need a very tight tolerance, we will call it out in the documentation for a specific feature.  For the second category, we rely on title block tolerances or good machine shop practice. Those that fall into the third category are discovered when a product has been in production for a while and then a seemingly benign change is made. Often the original design team is no longer in place. Whether the original team thought a requirement in the third category was covered by the in the second category may not be possible to determine.

Products go through a test phase to weed out the unknowns before release, but revisions don’t always get the same scrutiny. Here is an example where after hundreds of thousands of units produced a change in manufacturing process caused a failure.

The product was a servo assembly that has a 200:1 reduction. It was smaller than a pack of cigarettes and the small DC motor had very little torque at the motor output shaft. I think a person could stop the shaft by hand. Two hundred reductions later there was no way you could prevent rotation at the output of the servo assembly with your bare fingers.

The surface finish on the flange face was never specified having it fall into category two. How much friction resulted was never established or never documented because turning produced an assembly that worked. The consultants who designed the servo at the start up of the company were long gone. The new surface condition produced by the end mill increased the friction to the point that the servo would stall. The surface in question was close to the motor so the torque at this interface was not much more than the motor output and a long way off from the 200:1 final reduction.

There are a few lessons here:1) minor changes are not always minor, 2) good shop practices are a risky thing to rely on,  3) when something stops working look for the third category of requirements, 4) ask yourself what exists in a part that is not defined or inspected, 5) the design engineer needs to be close to manufacturing even when he needs to remain silent on process selection, 6) manufacturing should notify engineering when changes are made to a process that has been in place for a long time.

I wish I could claim credit for discovering the cause and fix but a very sharp manufacturing engineer named Bob C residing at headquarters identified the cause. 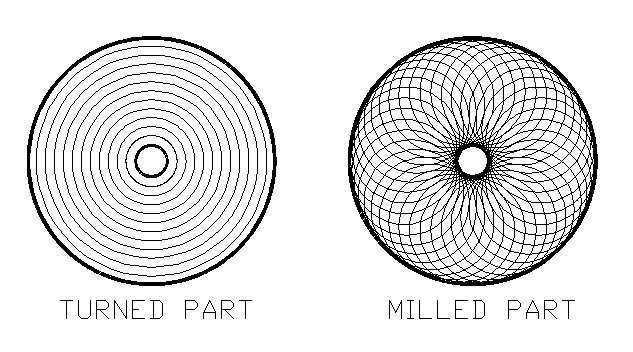