I get great satisfaction when working with my hands. When I do so I always ask why the item I am working on is as it is. One source of frustration I believe many have experienced it the lack of tool access. Sometimes n-1 fasteners are a breeze to access and the nth takes more time to remove than all the other combined.

I don’t recall from my machine design class ever addressing this real world situation. I learned how to size bolts, bearings, and cross-sections but I don’t recall any mention of tool access. I learned there existed standards for tool access when I entered industry. In the auto industry one thing you tried to avoid was the need for special tool kits. These were not cheap and every automobile dealer and repair shop needs to purchase the special kits if they intend to make the particular repair. As much as this was avoided 30 years ago (and I assume still today) these special kits existed.

While working in a different industry we were cleaning up a lab area. I came across an Allen Wrench (hex key) that did not make the usual 90 degree bend. It brought to mind the special kits I mentioned above. It had been modified to have a second bend nearly 90 degrees. I taped it to the wall in the design department with the following note. Do Not Design Anything That Needs a Tool Like This!

There are reasons a lack of tool access happens. Parts designed for one application may have been created with adequate access. The same item is later used on a different application and the surrounding space is already accounted for. But there are cases where there simply is not enough thought applied or too many bean counters controlling the design function.

As the Wyoming winter approaches there are things that need attention. Today two of those frustrations had to be addressed.

I have a generator for times when power goes out and an ATV (all terrain vehicles) for snow removal. Both have batteries for starting. Battery removal is more difficult than it should be for both.The generator can be manually started but if needed when it is -20F (-29C) that can be quite an effort.

For the ATV the battery is held in place with two screws and a padded flat metal bar across the width of the battery. This is an (n-1) example. One of the two screws has plenty of access and the other is under a plastic housing. What would make it more user friendly (for those who buy the products) would be to make the end of the retaining bar that is under the plastic housing, slip into a slot of some kind. The other end which is very accessible would use the one screw. This would eliminate one fastener, eliminate the captured nut or tapped hole (can’t see what is there) and make battery removal so much easier for little or no cost.

My solution which could easily be incorporated at the factory was to cut a slot on the end of the bar with poor tool access. Doing so eliminated the need to remove the hidden fastener. Just loosen enough to slip the retaining bar out then back in. You can rotate the retainer but it must pass over the positive terminal and the bar is grounded to the frame. Better to remove it.

For the generator I speculate this is the multi application issue. The same design is sold with and without battery start. These options don’t come cheap and if as in the auto industry, have a handsome margin. So why punish the big spenders?

The panel with all the outlets is welded to the frame. The panel extends quite a distance down to provide a billboard for the power rating. Behind the immovable plate lies the battery. Accessing the battery retainers and cables would be simple if the lower portion of the plate was either detachable or eliminated. Since I don’t transport the generator I leave the retainers off. Access to the cables is still more difficult than it need be.

So for those who have not yet entered industry let these two examples provide food for thought when you are designing equipment. Many small improvements can be incorporated for little or no cost prior to production release of the design.

Those about to enter industry seek out the senior engineers and ask for the standards books. Spend some time, even your own time, skimming through the manuals. They contain thousands of man-years of experience. Also spend time in the manufacturing and service facilities if possible. These efforts will provide an insight to what is not taught in class.

Photo 1 Is a top down view of the battery retainer.

Photo 2 You can see the hidden fastener and the modification to the retainer.

Photo 3 Is the generator. The bottom half of the battery can be seen.

Photo 4 Is the side view of the battery.

Photo 5 Shows the bottom half of the battery more clearly than photo 3. 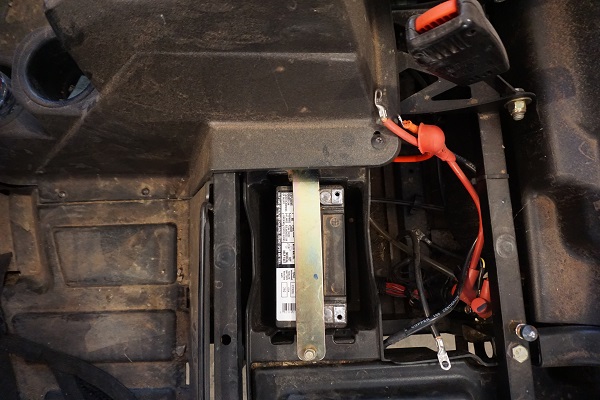 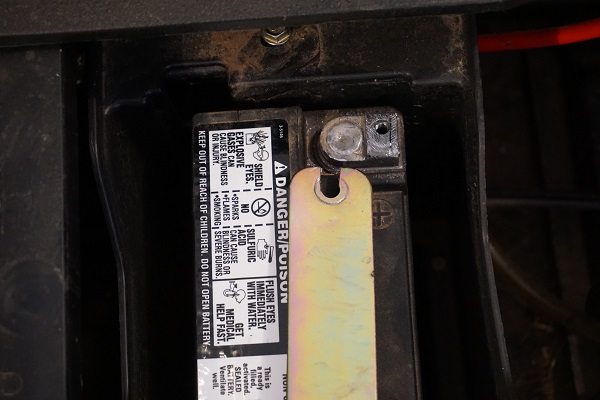 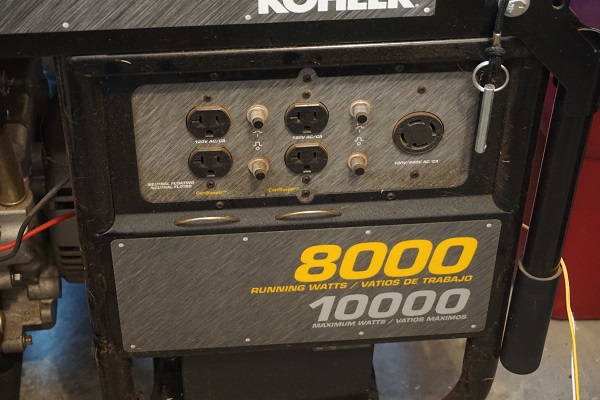 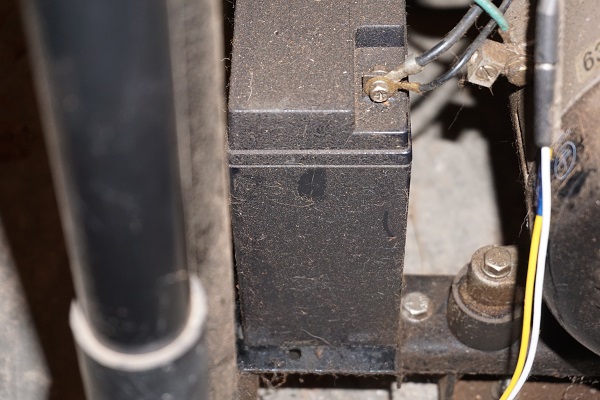 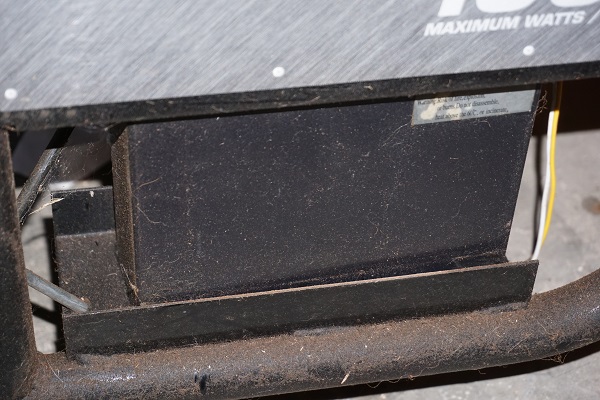