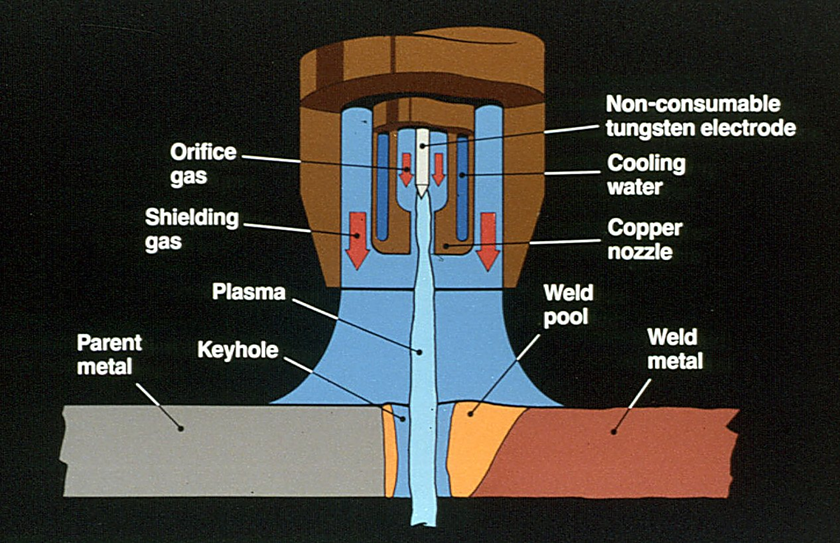 In plasma-arc welding (PAW), developed in the 1960s, a concentrated plasma arc is created and directed towards the weld area. The produced arc is stable and reaches temperatures around 33,000°C. Plasma is an ionized hot gas composed of nearly equal numbers of electrons and ions. The plasma is started between the tungsten electrode and the orifice by a low-current pilot arc. What creates plasma-arc welding unlike other processes is that the plasma arc is concentrated because it is forced through a relatively small orifice 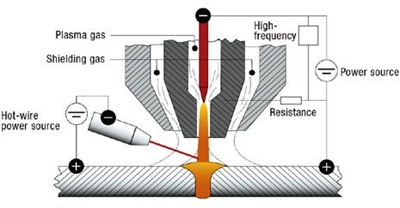 Operating currents generally are below 100 A, but they can be superior for special applications. While a filler metal is used, it is fed into the arc, as is made in GTAW. Arc and weld-zone shielding is supplied by means of an outer-shielding ring and the use of gases like the following argon, helium, or mixtures.